You are here:
Team BuildingTeam Learning 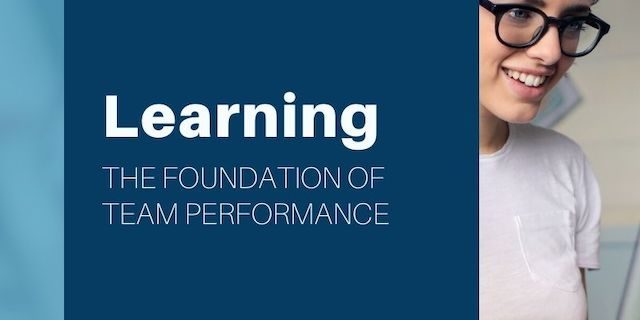 For the next few posts, I’ll be drawing insights from a study published just over a month ago in the Small Group Research journal by a team of researchers from Belgium and the Netherlands. This study was chosen because of its use of the meta-analysis procedure, which allowed them to statistically compile the results from 43 studies, making their findings more robust and trustworthy.

Teams are a common part of everyday life at work. But how often do we step back to think about why we use teams so often?

One of the main strengths that teams have over individuals is that it provides us with an opportunity to pool together the unique ideas, viewpoints, and expertise of every member of the team. By having a diversity of perspectives, teams are uniquely adaptable, and have greater potential for innovation.

As Aristotle claims, the whole is often greater than the sum of the parts.

One of the most important characteristics of teams that are adaptable and innovative, according to Koeslag-Kreunen and her associates, is its “learning behaviours”.

Amy Edmundson, who I referenced in an earlier post regarding her work on ‘psychological safety’, defines team learning behaviors as “an ongoing process of reflection and action characterized by asking questions, seeking feedback, experimenting, reflecting on results, and discussing errors or unexpected outcomes of actions.”

In other words, researchers suggest that in order for teams to fulfill their unique potential to produce innovative and adaptable ideas, products, and services, it has to have a learning-oriented culture.

The concept of ‘learning behaviors’ has been studied by team researchers since the early 1990s, and the importance of this one characteristic for team performance has been increasingly demonstrated in the research at a rapidly growing rate.

It’s becoming increasingly clear to researchers that a culture of learning empowers teams to improve the quality of their ideas, strategies, and products in a short time. Learning isn’t just critical to team performance – it promotes its efficiency.

So when leading a team, it seems that it would be wise to focus on creating a culture that promotes learning behaviours.

But what exactly are ‘learning behaviors’, and what does a culture of learning in a team look like?

In a 2010 study, Decuyper and his associates identified 6 key behaviors that characterize a culture of learning.

First, high performing teams engage in the sharing of ideas, knowledge, expertise and opinions. They also build on (or co-construct) each other’s ideas, refine each other’s statements, and modify past ideas – this leads to new or adapted strategies or ideas.

This sharing and co-constructing of ideas, opinions and perspectives often leads to conflict. High performing teams, however, know how to navigate this conflict and turn it into something constructive. When teams engage in constructive conflict, they negotiate the differences in their perspectives by either integrating opposing ideas into an agreement, or coming to an agreement to disagree. Research consistently suggest that higher levels of constructive conflict are associated with better team performance.

High performing teams are also reflexive. In other words, they collectively reflect on the team’s objectives, strategies, and processes, and do so in a way that promotes self-awareness.

Although reflection and self-awareness are important, too much of it can also be problematic, which is why the fifth learning behaviour that is critical to team performance is activity. High performing teams learn by doing, and try out a variety of different solutions. Activity allows team members to uncover strategies and expertise that would otherwise be unnoticed.

Finally, members of high performing teams cross boundaries. In other words, they intentionally seek other perspectives, and share their own information, views, and ideas with others.

To sum up these findings, high performing teams share and co-construct ideas, engage in healthy and constructive conflict, are reflective and self-aware, engage in activity, and intentionally cross boundaries through sharing their own and seeking others’ perspectives.

At the core, to relate these findings to Google’s research, an atmosphere of psychological safety is necessary in order for team members to engage in these learning behaviors.

As important as learning behaviors are to team performance, it isn’t without challenges. Often, team members do not automatically engage in learning behaviors because it can cause problems. For example, differences in statuses in the team can lead to some members with more authority to dominate the learning process. Additionally, when dealing with unstructured tasks, a learning culture can lead to cognitive overload. Intentionally creating a culture of learning in a team is risky.

So how do we navigate the challenges that come with having a learning culture in a team?

The answer: it comes down to the leader.

Leaders need to encourage and guide the team as they engage in these often-risky learning behaviors. In the upcoming blog, I’ll be reviewing the complexity of leading and creating a team with a learning culture.

But for today, here’s the message to take home: creating a culture of learning in a team is fundamental to its performance.

Rolling with the Punches: How to Build a Problem-Solving Team
January 30, 2020
Expeditions
Recent Posts
Archives
Categories
Go to Top