Leading Your Team Towards 2020 (Part 3): Creativity is Mandatory 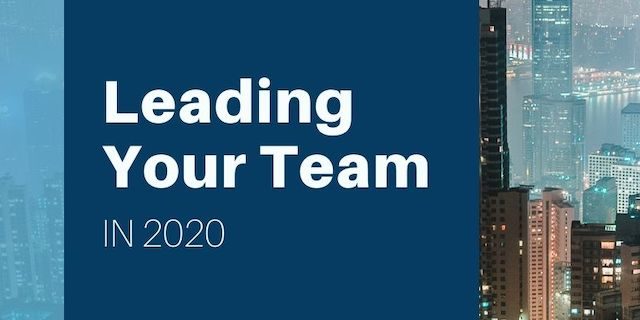 The world of work is evolving at a pace that’s we haven’t seen in decades…so much so that some are calling this the fourth industrial revolution.  In this three part series, I’ll be exploring some research and insights that will redefine what ‘leading a team’ will require in the workplace of the future. The game is changing, and so are the rules.

Here’s the bad news: computers are taking over our jobs, but you probably already knew that. Now here’s the good news: this creates brand new opportunities for all of us.

At this point, most of us are aware that technology is transforming every aspect of the corporate world. We’ve been told for several years now that automation is likely to replace numerous jobs, so it shouldn’t be all that shocking when we read the statistics and forecasts that confirm this assertion.

Strangely, it doesn’t make reading these statistics any less uncomfortable.

According to a report by the World Economic forum released earlier this year, more than 1 million jobs will be lost in America by 2026 due to automation. Similarly, research by the McKinsey Global Institute tells us that up to 1/3 of American jobs, and around 800 million worldwide, could be lost by 2030. Research by the University of Oxford is even more pessimistic, predicting that 47% of the jobs in the U.S. will be at risk due to automation.

That’s a lot of jobs.

But, don’t press the panic button just yet. There’s hope.

Although these findings are frightening, McKinsey Global Institute also tells us that despite the jobs that will be lost in the next decade, hundreds of new jobs will be created in response to the new needs of our global economy. So what kinds of jobs are we talking about?

In a recent interview, billionaire investor Mark Cuban suggests that the in-demand jobs of the future will require a somewhat surprising skill: creativity. “There’s going to be a greater demand in the next 10 years for liberal arts majors than there are for programming,” he predicts. With data easily being ‘spit out’ for you in industries such as finance or programs, what employers will be looking for instead will be freethinkers and those that bring unique perspectives.

The World Economic Forum’s 2016 report confirms Cuban’s claims. In 2015, creativity was ranked as number 10 on their list of the most essential skills. But by 2020, they predict that creativity will skyrocket to becoming the third most sought-after skill in the world, only behind complex problem solving and critical thinking.

Furthermore, research by Nesta suggests that 86% of workers in highly creative jobs are found to be at low, or no risk, of losing their jobs to automation. They seem to be future-proof.

So what does this mean for you, your team, and your organization?

The answer is simple (sort of): to survive, you need to get creative.

The research suggests that 60% of occupations have at least 30% of work activities that could be automated. In other words, it’s likely that a good amount of services that you, your team, or your organization currently provide can become useless, because it can get done better and faster through automation.

The services that can’t get automated, however, are those that require creativity.

Creativity, which requires making unfamiliar combinations with familiar ideas, requires a uniquely human combination of two things: a rich amount of knowledge, plus the understanding of human values, which fluctuate and change over time and culture.

Creativity still belongs to us.

To stay competitive, we, and our teams, need to embrace this uniquely human trait.

Creativity doesn’t just seem to be the secret to winning our battle against automation – it may also be the key to outcompeting our human rivals. Take a moment to think about some of the most successful companies in the world that have beat their competitors. It’s clear that they win because of their creativity, and consequently, innovation.

Think Apple with the iPod, or Zuckerberg with Facebook.

These companies and teams redefined the terms of the competition, and embraced creativity in a world of copycats. They didn’t just beat the competition – they changed the game. And that’s exactly what you and your team will need to do in order to thrive in the workplace of the future.

After all, if you still have competitors, it’s likely that you’ve already lost.

So what? Take the time to cultivate creativity and tap into your right brain, both personally and with your team. Successful leaders effectively leverage creativity to see what others don’t, while successful teams effectively take advantage of their unique resources to innovate. At Summit, we offer The Art of Team – a team building program designed to take teams outside of their comfort zone by tapping into the artistic, creative side of their brain. By reigniting their creative spark, we believe that we can uncover your team’s unique potential for innovation.