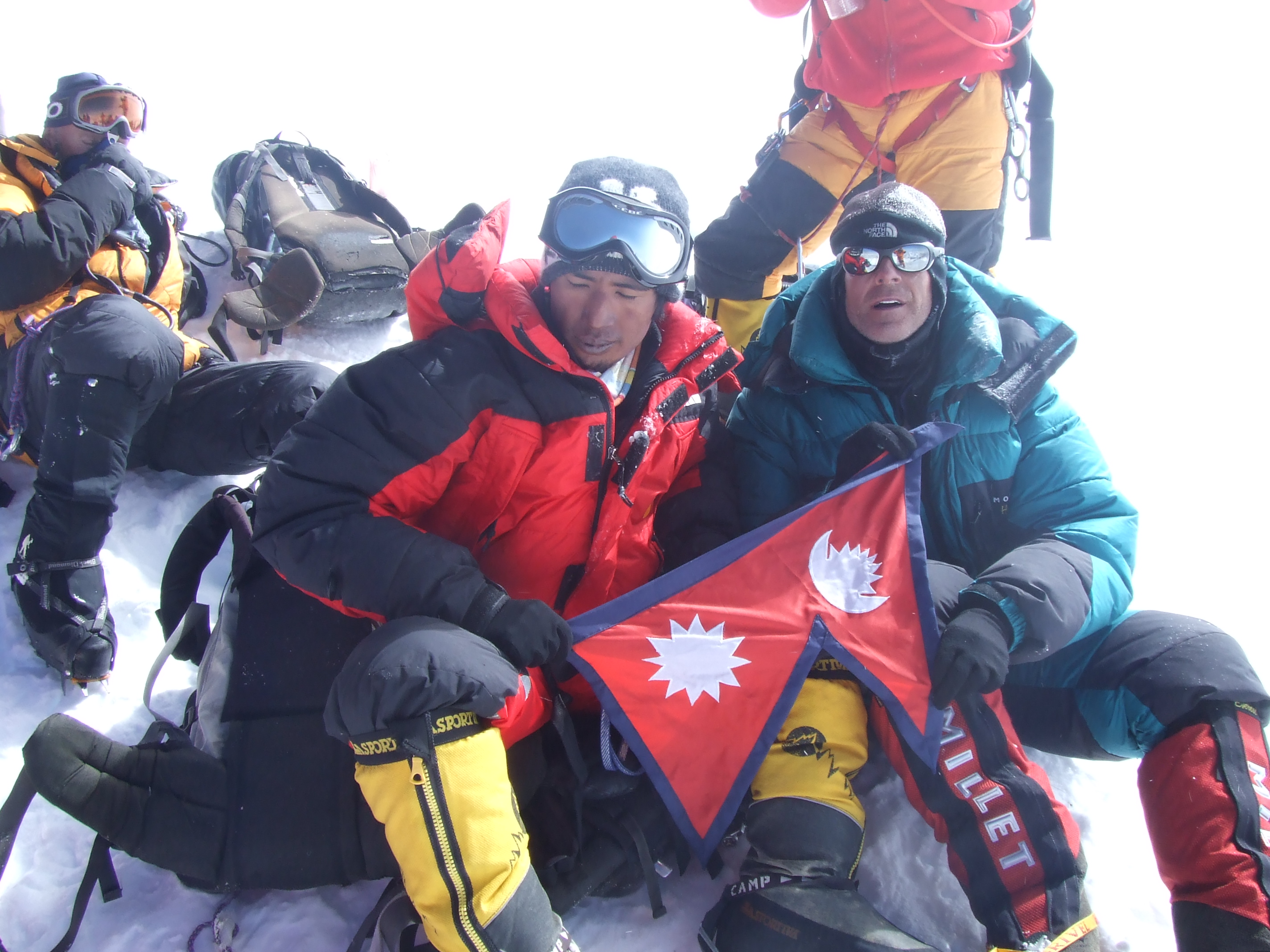 Well another spring Everest season has come and gone. And an exciting season it was as always. I have always keenly followed each Everest climbing season and even more so since I summited on May 21, 2008.

Today’s internet environment makes it much easier to keep tabs on what is happening on the mountain. Every team and every climber is updating their social media sites and sometimes multiple sites at once.

Although this provides a flood of information, it is not always accurate. I try and avoid anything posted for sensationalizing or personal bragging. I try and separate the wheat from the chaff. The following will provide a very minor overview of what transpired in April and May this year on Everest. This is by no means a complete overview. If you are looking for additional details the internet is full of them.

Everest is climbed by two main/standard routes. The Southeast Ridge in Nepal and the North Col in Tibet/China. Nepal issued 371 climbing permits to foreign climbers (Sherpas are not included in this number and usually account for a similar number). China issued approximately 136 permits, but the numbers are not as available from China so this is somewhat of an educated guess based on gathered information.

These numbers represent a big year for Everest. The number of climbers is up for several reasons including the re-use (therefore no payment required) of climbing permits from the 2014 and 2015 seasons which saw the climbing season cut short due to avalanches and earthquakes. The Nepal government said they would honour these permits at no extra fee until the end of 2017. We are also seeing a large influx of climbers from India and China as the middle class expands in those countries. Along with this comes budget price guiding companies based in Nepal and India to support this new emerging market.

Overall, the large number of climbers did not seem to create any real issues of crowding and traffic jams on the mountain. Everest is a huge mountain and can accommodate a lot of people. Patience is required however, if you happen to get stuck behind a slower moving team of climbers.

As the numbers indicate, Nepal is much more popular than Tibet/China for climbing. There are several reasons for this, but the primary one is the unpredictability of the Chinese Government and the changing policies, permit dates, and restrictions. Many established guiding companies are not comfortable with this uncertainty and choose to go to Nepal where, although not perfect, the system seems to be a little more predictable.

The climbing routes, mountain conditions and weather are often very different (as was the case this season), but this is not a huge factor in deciding which route to climb.

Early in April the route through the Ice Fall in Nepal was established making climbers optimistic for an early summit window. This was quickly shut down as high winds moved in and stuck around for much of the season greatly hampering the ability of climbers to move on the mountain. One strong positive in Nepal was the allowance of helicopters to ferry loads of climbing gear up the Western Cwm to Camp 2. This reduced the number of Sherpa loads that had to be carried through the very dangerous Ice Fall.

As the Nepal side dealt with high winds and difficult climbing conditions, over in Tibet things were moving quite well. The weather was uncharacteristically good and the ropes moved further and further up the mountain. For some reason, the team fixing the ropes to the summit decided to stop about 700m short, but the other climbing teams stepped up to the task and the first summits of Everest from Tibet came on May 11 (quite an early date statistically speaking).

As with any sport the ability of the participants grows every year as we push athletic and technological boundaries. More and more records will be broken in future years, and what we once thought was impossible will become commonplace.

The wind finally let up a bit in Nepal allowing for climbers to squeak in summit attempts. With summits in Nepal came the staggering news that the famous Hillary Step was gone. Climbers speculated that the earthquake in 2015 had dislodged the rock formation forever changing the face of Everest. This news hit the media and the internet like a raging fire. It turned out, however, to be fake news. It seems that perhaps a few boulders had shifted changing the wind patterns and how the snow collected on the Hillary Step making it look different. It is still there, it just looks different now with a new coating of snow.

There was a high attrition rate on both sides of the mountain from illness (the flu hit the Nepal base camp especially hard this season), injury and just plain frustration. Some climbers smartly left because they realized they were in over their heads. Other pressed forward regardless of their level of preparedness. Some threaded the needle and were successful and some paid the ultimate price.

Overall, the number of fatalities on Everest was normal with 7. Some of these deaths were from falls, but the majority seems to be from heart attack as older climbers struggle with the immense pressures placed upon their bodies at high altitude.

There were also two interesting stories of rebels on the mountain who felt they did not need to pay the permit fees as all the other climbers had. Interesting enough, both these climbers were telling the world about their exploits through social media and that made it pretty easy for the authorities to capture and arrest them. There is much more to these stories if you are interested in digging through the internet to find them.

Overall, it was another great and interesting climbing season on Everest. Many people realized their goal of standing on the highest point on our planet.

So that is my summary of the 2017 Spring Everest climbing season. Yes there is a fall season, but due to many factors very few if any people attempt to climb Everest at this time. I hope you have enjoyed this review and as I have stated, this is just a brief overview as seen through my eyes. Much more detail is available for those who wish to seek it out.