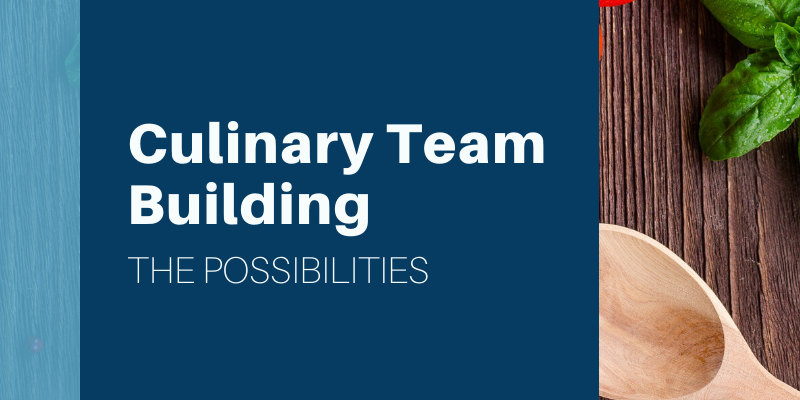 Everybody has a quote that they try to live by.

For some, it’s live every moment like it’s your last. For others, it’s love is always the answer.

For me, that saying is food is the key to the heart.

Not physiologically, of course. But think about it – some of our most intimate and life-changing conversations happen over a dinner table.

When Summit Team Building realized the very truth that food is, indeed, the key to people’s hearts…magic happened.

But when the world of cooking collided with the world of team building…it became clear that this was a match made in heaven.

Over the years, Summit’s Put Your Chef Hat On! program – our very own culinary team building challenge – has become, by far, one of the most popular programs. With every program that we deliver, it becomes more and more clear that cooking is perhaps one of the most effective and authentic ways of producing true bonding and relationship building. Again, my hypothesis is confirmed – food really is the key to people’s heart.  Don’t believe me? Try it for yourself.

During our Put Your Chef Hat On! program, participants start off going through a series of exciting team challenge to earn a currency we call Chef Bucks. With these Chef Bucks, participants redeem food items and cooking tools at a General Store that Summit facilitators set up (we provide all of the food and tools as well). Depending on the size of the team, each General Store will look different, but a typical General Store setup will look like so: 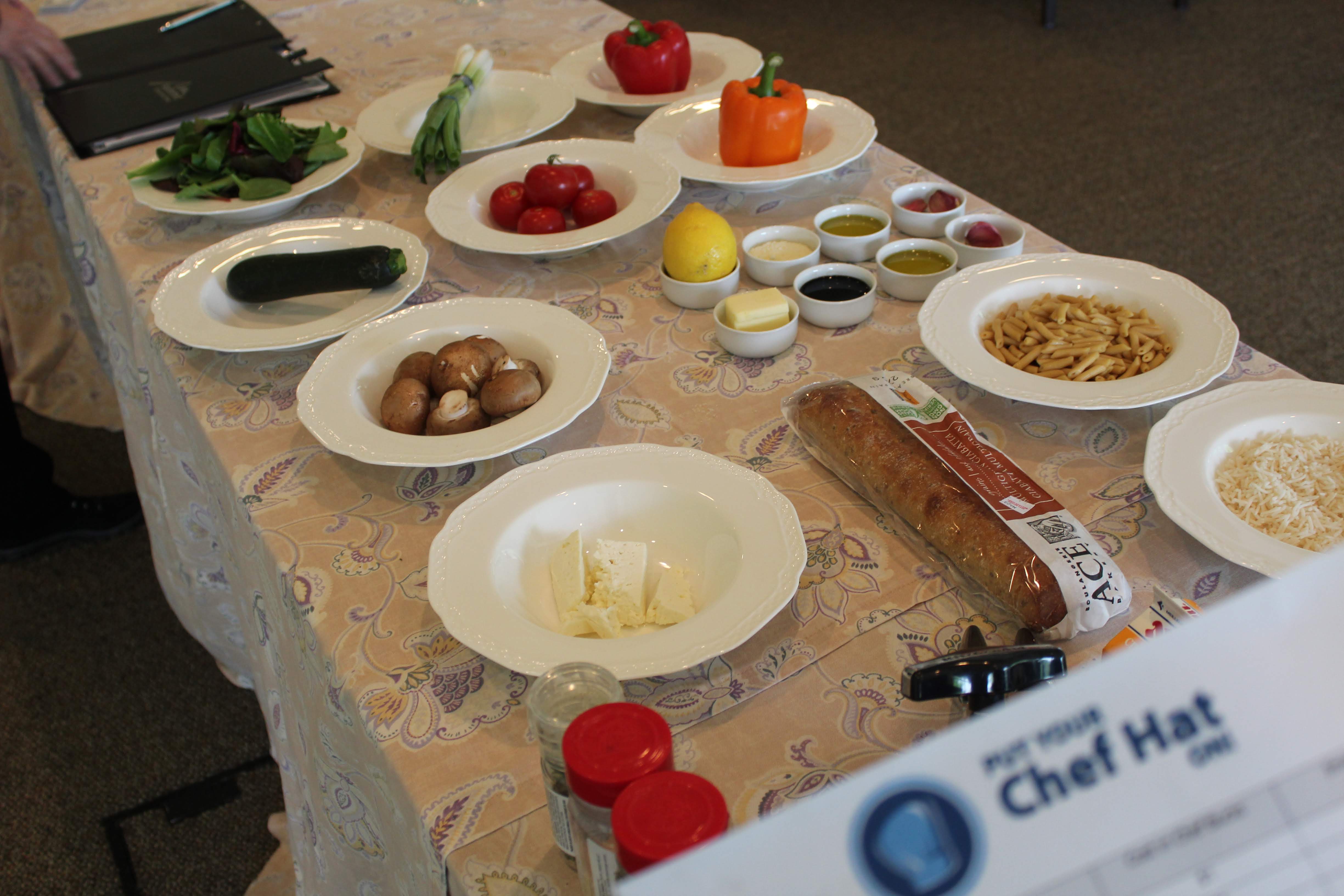 Then, each team is off on their own, trying to create the most beautiful and delicious dish in order to woo the judges and win the competition against the other teams within an hour (sometimes less). And this is where the magic happens.

Of course, teams share an unforgettable experience together that gives them a chance to get to know one another better, and begin building deep and positive bonds with one another. But the by-product of this is also some pretty unbelievable plates. Oh, the power of teams and competition. Check out the following all-star dishes: 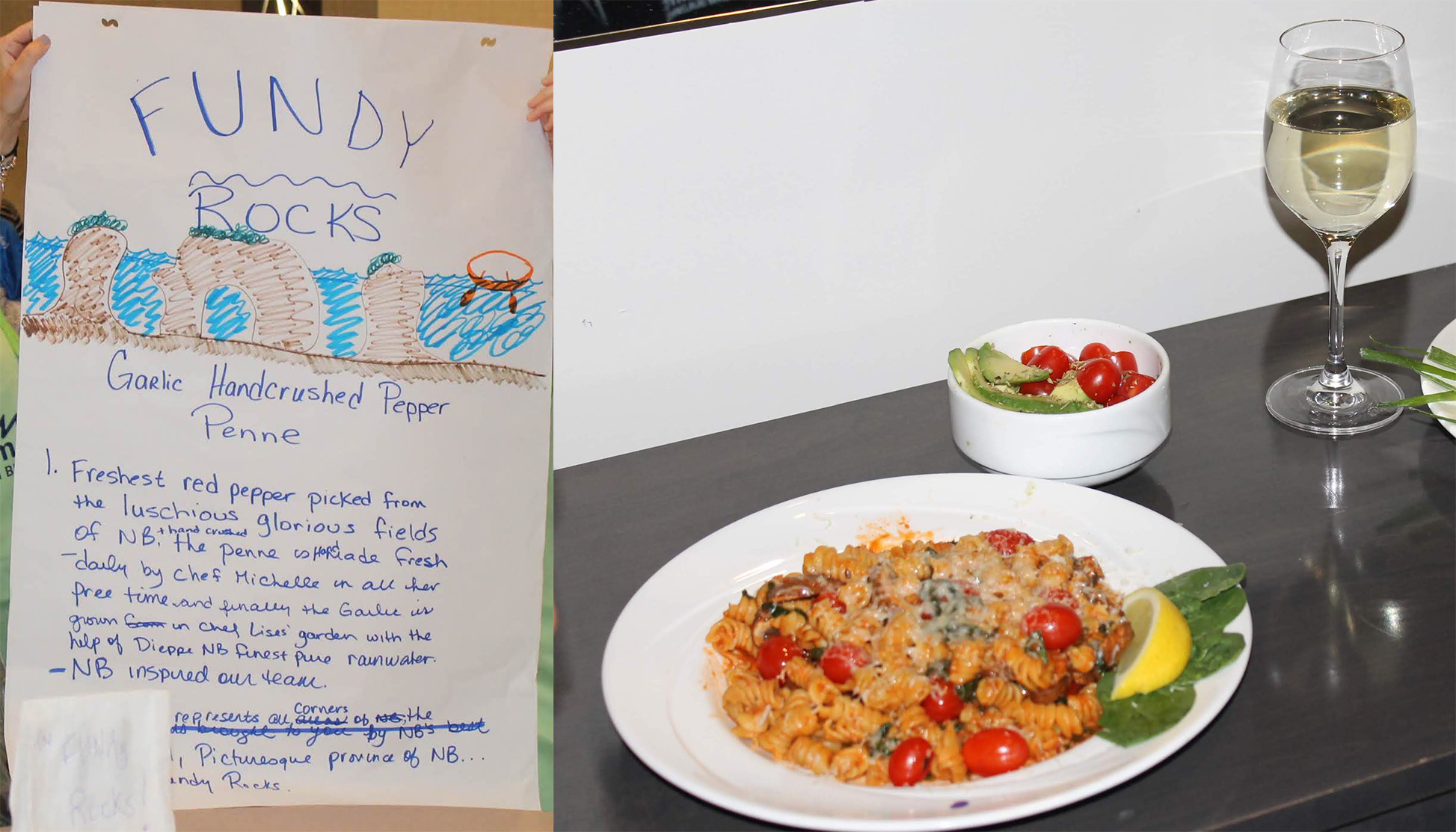 This dish was called the Garlic Handcrush Pepper Penne created by a team called Fundy Rocks. They even had a side salad with baby tomatoes and avocado. Needless to say, none of it was left after the Summit judges got their hands on it. 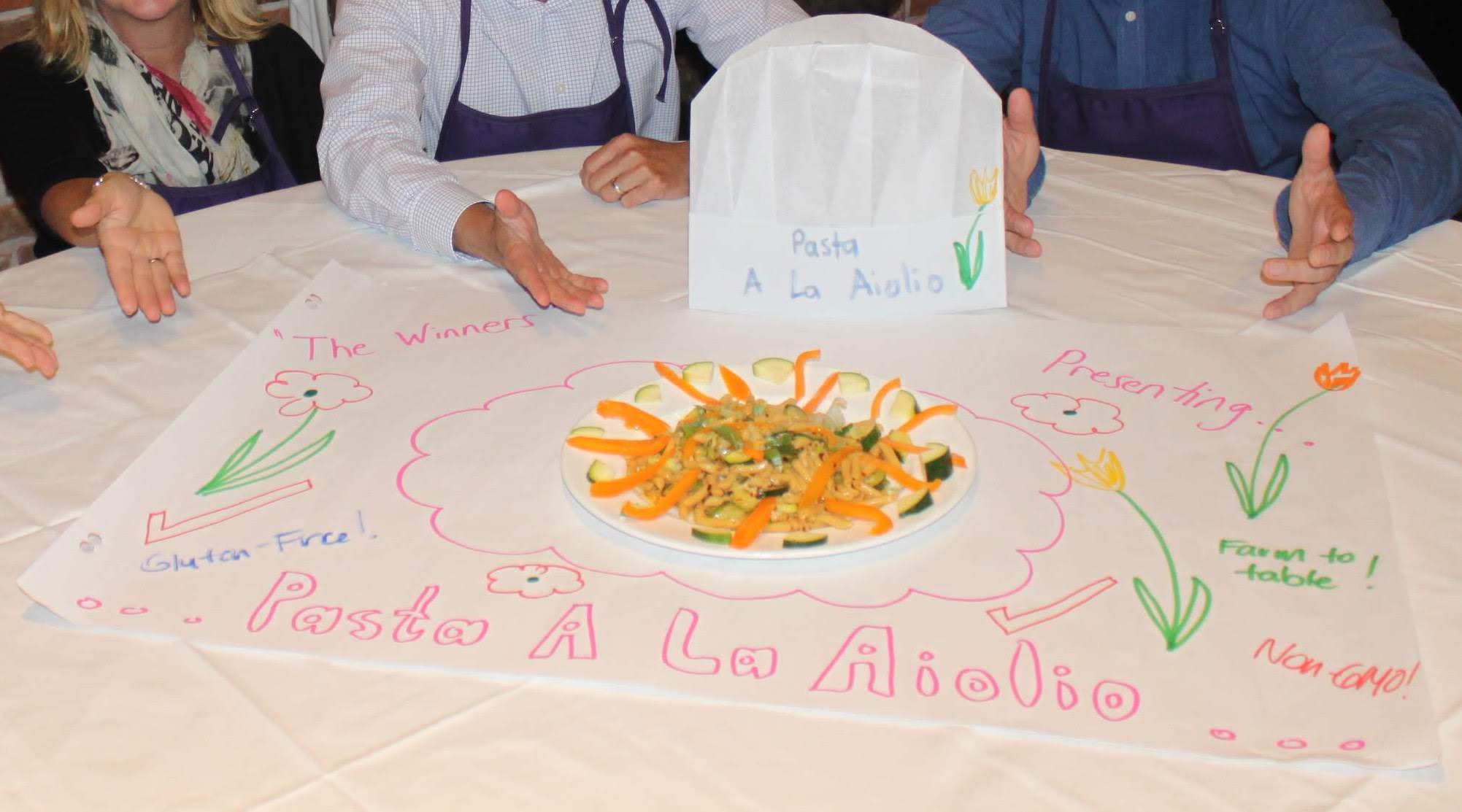 Another unforgettable dish was this Pasta A La Aiolio. Look at that presentation. If I could send smell of this plate over the Internet, I would…and you would be blown away.

And then there’s this beautiful Chakhchoukhadish with chickpeas and rice. It’s like every chickpea was meticulously placed on the plate…this one’s really a stunner. Chakhchoukhadish is an Algerian dish often eaten during festival celebrations, which is perfect for the occasion. The name of their team though…gives us a little anxiety.

Now THIS is how hummus should be plated. Whoever you are, Aunt Hestia, thank you for getting it right.

This is truly #foodgram worthy. This Food Explosion Endless Summer Waffles plate, which was made during one of the breakfast versions of our Chef Hat program, has summer written all over it. #blessed

This one’s making me salivate. Look at the amount of parmesan on it! Hot tip for anybody taking part in any upcoming Chef Hat programs – cheese is always the winning ingredient…

So there you have it – some of the most amazing culinary creations from our Put Your Chef Hat On! programs. The possibilities of what people come up with during this culinary team building program are endless.

If an unforgettable and crowd-pleasing team building experience is something you’re looking for, connect with us and let’s chat about how we can deliver this program specifically for your team! We’ve delivered hundreds of these programs over the past few years, so let us take care of the details. All you and your team would have to do is, well, put your chef hat on and get creative!

Rolling with the Punches: How to Build a Problem-Solving Team
January 30, 2020
Expeditions
Recent Posts
Archives
Categories
Go to Top