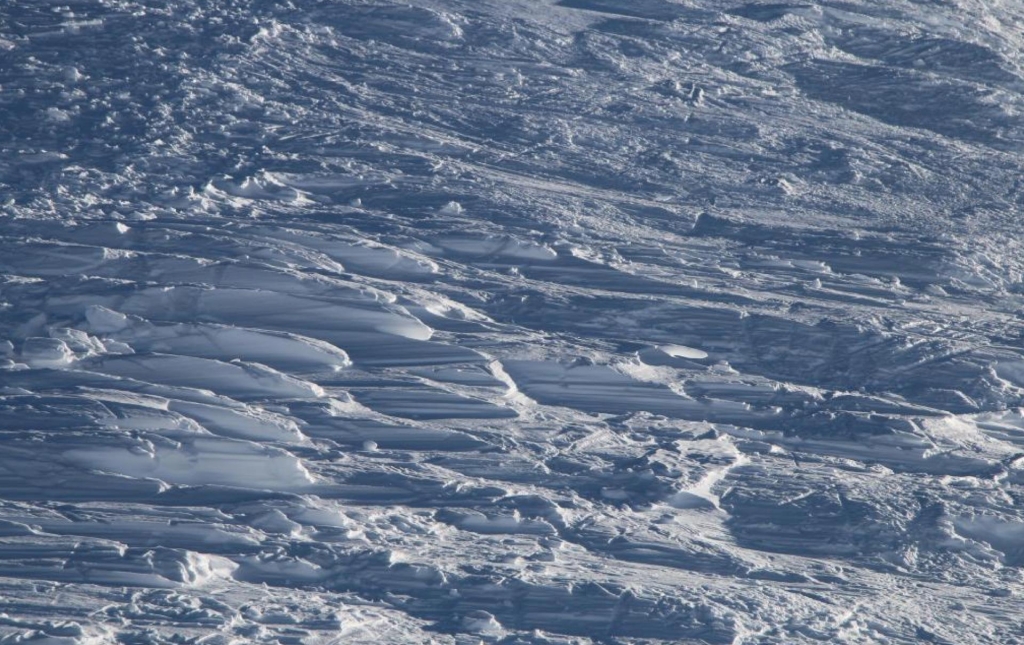 Well, 12 days in to skiing to the South Pole, most the days have looked similar. The endless white in all 360 degrees, with subtle wind features dotting the surface, and the occasional uphill trending terrain that we can pick up visually. We have climbed 1000 meters slowly to this point over 100+ some odd Nautical Miles. Today we reached a mini milestone which was breaking 11 Nautical Miles in a day, 11.05 to be exact today during 7 hours of skiing or 7 one hour blocks separated by a mere 10 minute break each time.

When we reached our location to stop for the day, we peered to the east out on the horizon and saw mountains! Most likely the western edge of the Pensacola Range. It is quite beautiful out here in its own harsh way, to look over and see those lonesome mountains was powerful.

Scott also had an update today. He said they covered 21 kilometers today.  It was quite cold. Scott skiied all day with the hood of his jacket up.  He also mentioned that some of the skiing in the last few days had been quite difficult due to terrain called sastrugi.  Sasturgi is defined as; parallel wavelike ridges caused by winds on the surface of hard snow, especially in polar regions.  I have attached a photo of what sastrugi is.  You can see how this would make skiing quite challenging!

Categories: Expeditions, Inspiring and Motivating TeamsBy Scott KressNovember 28, 2016
Share This Article
Share with FacebookShare with TwitterShare with Google+Share with PinterestShare with LinkedIn