Antarctica is never done with you 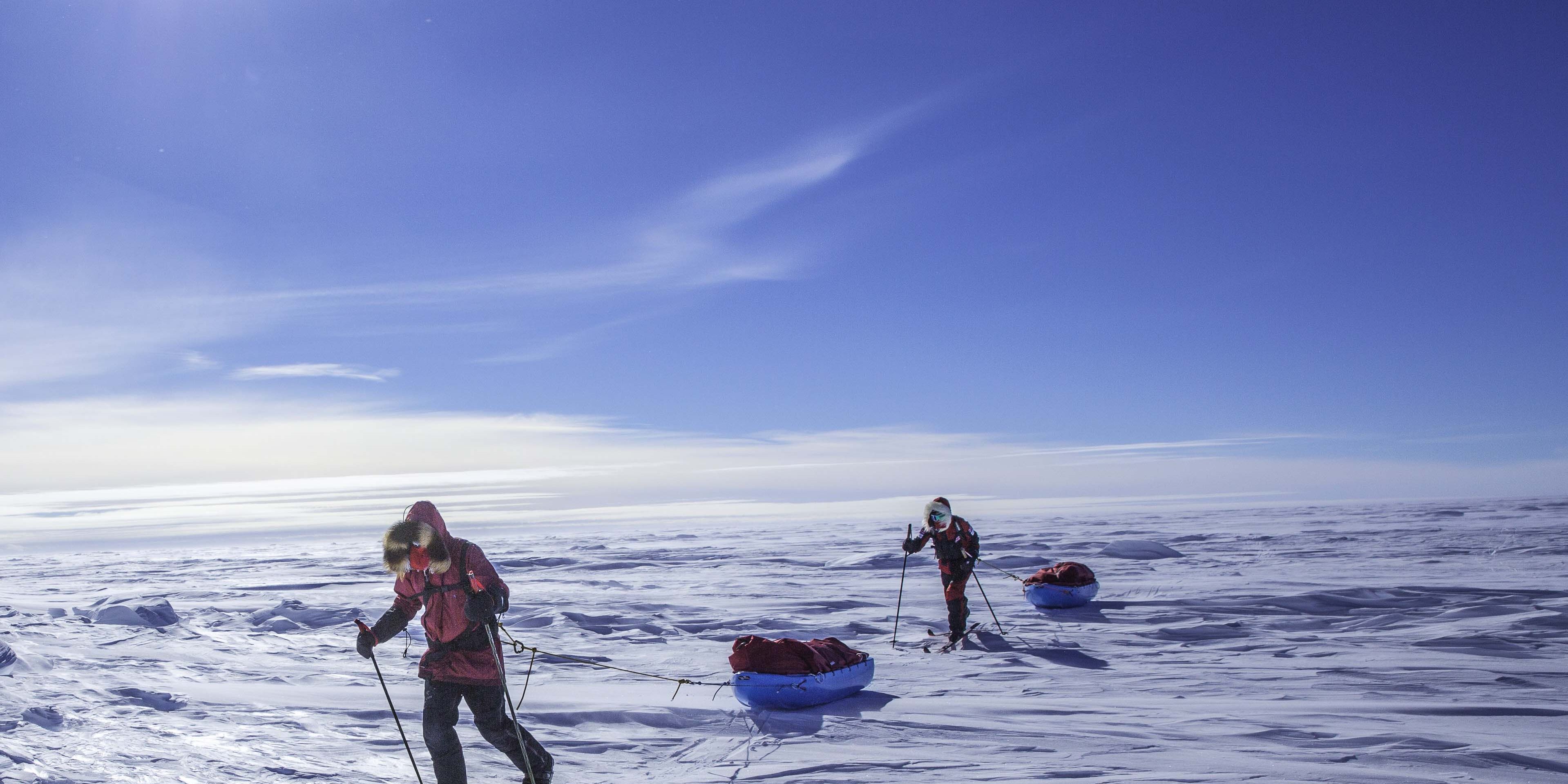 The day started out beautifully with clear skies, a light wind and about -25. We packed up camp and stared to ski. As the day went on the temperature dropped and the wind increased. Regardless we were making good time. My goal was to hit 10 nautical miles today and we were doing well. The first 2 hours were full of sastrugi but we were plowing through without much trouble. Then the ground flattened out and we were flying by our slow standards. I thought if this keeps up we will hit 11-12 miles no problem. Then at about 3pm we skied into a horrid sastrugi field. Pulling the sled all of the sudden got really hard. At first I thought I was just getting tired but then I noticed that both my hands had gone numb and were like blocks of ice. This was due to the harness shoulder straps digging into my shoulders so hard that circulation was cut off. Not only had we skied into a sastrugi field, but the snow texture became that of sandpaper making pulling incredibly difficulty. I had to stop to thaw out my hands and put on my full ski skins. Even with this, progress was very slow and after 8:45 hours of pulling we have 9.5 nautical miles. Still good but now what I was hoping for and that were hard earned miles. We are now in camp and exhausted but will need to do it all again tomorrow, and the next day, and the next day. At this point I am thinking we will make it to the Pole late day December 31 or early January 1 depending upon surface conditions over the next few days.
Over and out from Antarctica. Scott and team.